Avery and Brooke Graves are back! Volume 2 officially starts now! 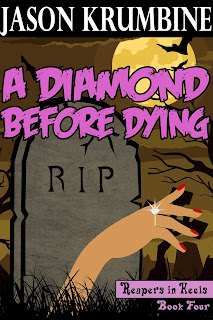 And until July 4th, you can grab each of the books in Volume 1 for $0.99. This is the perfect opportunity to get caught up or even get started on this sizzling urban fantasy romance series! Here's what people are saying about it:

“...the characters unique and the dialogue both snappy and crisp...” - Review from Parents’ Little Black Book

“...It is like a grown-up comic book where the pictures develop in my mind--Krumbine makes it easy to paint those mind pictures with his story...” - Amazon Reader Review

Lori Standford’s mother died six months ago, but she’s too terrified to grieve properly. It seems Mommy Standford is back, haunting Lori out of her home. With nowhere else to go, Lori turns to the Graves sister’s for help.