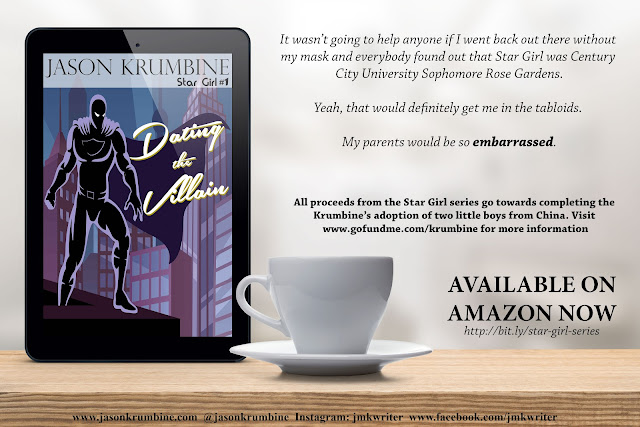 This year my wife and I celebrated our 9th(!) year of marriage.

When we first got married back in 2007, we were determined to set aside the first few years of our marriage just for us. We had both been looking forward to marriage for so long, we wanted to enjoy it. We wanted to take the time to get to know each other as husband and wife and build that strong foundation for our marriage to thrive on.

Sometime around our third anniversary we began to entertain the idea of parenthood. I don’t think it’s TMI to say we did that classic ‘Well, we’re not exactly trying, but we’re not not trying’ thing. In addition to this cliche style of family planning, my wife and I were also discussing adoption. It was a discussion that we had for almost as long as we were trying to get pregnant.

Donna, my wife, had had a heart for adoption even before we were married. She had done a lot of research about the abandoned girls in China and felt like it was something that God was putting on her heart. She knew, without a shadow of a doubt, that no matter who she married, she and her husband would be parents to an abandoned child from China.

For me, however, the call came later, a few years into our marriage. I wasn’t opposed to the idea of adoption, it was simply one I had never considered. In my mind, any children I would have with my wife would be biological. But over the first few years of our marriage, however, God slowly worked on my heart, opening it to father the fatherless.

So last August, after several years of discussion and research, Donna and I pulled the trigger and started the adoption process!

At no point was there any question of where we were going to adopt from. It was always China. As we began to research, we learned that most of the children eligible to be adopted have some form of disability or medical problems. We spent weekends reading up on many of these conditions. But even then, there was no doubt, no hesitation. We didn’t change our minds. There may be cheaper options, easier options, but we know that this is where God has placed our children. How could we adopt from anywhere else?

As we dug into the early adoption process I was overwhelmed by all this information about China, orphans, and building your family. So to process some of this information, I funneled it back into my work, specifically in superhero series titled Star Girl. Orphans in superhero fiction are nothing new. Superman, Batman, Spider-Man, Robin, Supergirl, Impulse, I think you get the idea. Incorporating the adoption story into Star Girl’s story wasn’t necessarily an original idea, but it was something that I was now experiencing and I wanted to explore that experience in a way that was most familiar to me: through storytelling.

At the time, my wife and I assumed that we would probably get matched with a little girl and I thought: how perfect would it be that I would have a book that was essentially about her!

God, however, had other plans and shortly after we turned in our adoption application, very shortly, we were matched with a little boy, Fu Gong: 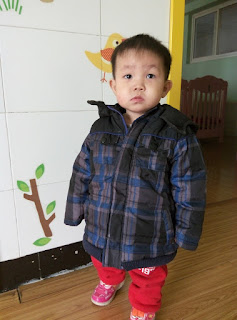 So, yeah, an unexpected surprise. But a welcomed surprise nonetheless. After endlessly talking about it for years, it was finally going to happen. We were going to be parents.

But little Fu Gong wasn’t the only the surprise God had in store for us. Shortly after getting matched with our boy, Donna and I discovered that we were pregnant! In Oct 2016 we would meet our little girl, Charlotte Lily Krumbine. The pregnancy was not without its difficulties, however, as Doona was quickly diagnosed with hyperemesis gravidarum and we found ourselves faced with challenges that neither one of us ever anticipated having to deal with.

However, God wasn’t done quite yet.

Exactly ten days after discovering we were pregnant with Charlotte, received word from CCAI (the adoption agency we are working with) that we had gotten matched with another little boy from China: 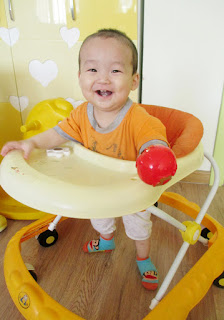 So, here's the thing. Early on in the adoption process we decided to leave it all in God’s hands. We treated it much like you would treat getting pregnant. We did our research on the medical conditions that many of the children in China are diagnosed with and determined what we would be able to handle, and the rest we left up to God. We didn’t specify any gender. We said that we would be open to two children, which is the max you can adopt at once, and that we would take any age. But we had been advised early on that it was rare to get matched with two children and so we adjusted our exceptions accordingly. But we always knew there was a possibility of a second match.

His name is Sun Yu. He has the same medical condition as Fu Gong and even lives in the same province. He two years old and he and Fu Gong actually share the same birth month.

Suddenly, nine years later, we were a family of five!

But it has not been without challenges. In addition to Donna’s pregnancy complications, we’ve run into some money issues. Turns out adoption, specifically international adoption, is expensive. Like, really expensive. When it’s all said and done, we can expect to have paid around $43,000, maybe a little more, for our two sons.

Fundraising as been a beast. Thanks to the generosity of friends, family, and a few devoted fans, we’ve managed to get through a huge chunk of our pre-China visit fees:

That’s $12,380 that we’ve raised so far! It’s amazing. Quite truthfully, it’s a straight up miracle considering how close we’ve been to losing our boys these last couple of months.

But there’s still plenty of expenses to look forward to:

That’s another $30,600 we need to raise before our family is complete and with a newborn on the way, I don’t know what kind of fundraising we’ll be able to do for the next couple of months.

As I mentioned before, and as some of you already know, I’m an author. I’ve written over 40 books in the 7 years or so. Nothing’s been particularly successful, but with my Star Girl series I feel as though I’ve composed something that’s about as mainstream as it can get. Superheroes are huge now, bigger than ever. Five of the twenty highest grossing movies of all time are superhero films. The CW alone airs four different superhero shows, they’re devoting over half of their’s primetime viewing to superheroes. The clothes racks at Target are filled with superheroes. Superheroes are everywhere now. And I think the Star Girl books meet a need that people don’t even know is there. It’s a female-led series, staring a young girl who’s adopted from China, dealing with not only life as a new adult, but life as an emerging global hero. This is a series that's equal parts super heroics and YA drama. 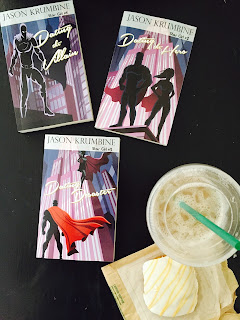 Writing is something that I feel passionate about. I feel like it’s one of the few things I’m genuinely good at. I’m not particularly handy. I can't build anything. I can't not hang a picture crooked. I have zero understanding about how plumbing or electricity works. I don’t know anything about cars, I barely even remember get the oil changed every three months. And I’m not very good with math.

But, I think I've got a pretty decent handle on this writing thing.

I believe it’s important that we find ways to incorporate our gifts, our skill sets, into our lives. In this case, I’ve been looking for way to use my gift for writing to help my family.

As Star Girl has her roots in not only my love of comics, but also this adoption process, it seems only appropriate that I utilize her to make my little family whole. Every dollar I make from Star Girl goes directly to the adoption. Right now, there are three Star Girl books available in print and for your Kindle: 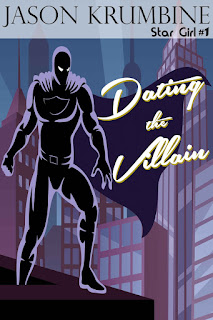 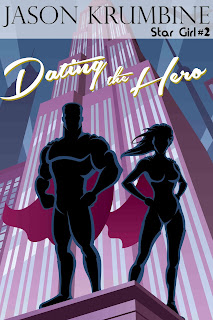 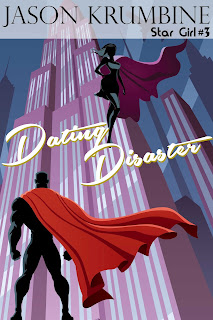 Buy one of those books, or all three, and you’re not only getting a fun read, but you’re contributing to bringing a family together, you’re helping save two little boys. You might say, if you’ll pardon a little sappiness, that by purchasing these books, you’re being a superhero in your own right.

In addition, I’m offering an autographed set of all three paperbacks for $45. There’s a Paypal link below that’ll kick you to the order page for that.

If you’ve already read the Star Girl books—Thank You!—or if superheroes aren’t your thing, please share this post with your friends on Facebook, Tumbler, Twitter, or whatever preferred method of social media you use. Perhaps you know of a friend who loves to read and loves superheroes? These books make for a great gift, in Kindle or paperback. Or maybe you’re just looking for something to distract you from life, Star Girl can help you with that, too.

I cannot imagine how God is going to bring my little family together. The money we’ve raised so far has come from the places we least expect it, from the people who have the least to give. My wife and I are beyond grateful for every thing these people have done. We are touched and humbled by their gestures of faith. Despite this, though, the remaining funds that need to be raised seems almost insurmountable. I don’t know how we’re going to do it. But then, I don’t know how we managed to come this far. I don’t know what God has planned.

Beyond that, the rest is in God’s hands.

If you'd to follow along with our adventure, visit our GoFundMe page.

Posted by Jason Krumbine at 4:46 PM