I'm starting a blog tour for OUTLAWED LOVE next month on the 5th. Here's the full schedule:

Wednesday, December 14
Book reviewed at From the TBR Pile


This what people on Apple are saying about OUTLAWED LOVE:

And, of course, here's where you can buy the book: 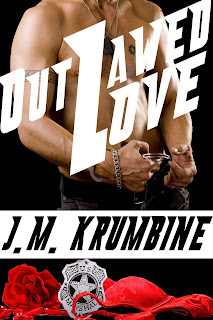 
Kate Sharpe, US Marshal, is a woman on a mission with no time for love or romance. Her prisoner, the handcuffed hottie, Kyle Archer, just turned State’s evidence on notorious mobster Jonathan Bragan. Kate’s responsible for getting him from the courthouse to the jailhouse, but can she do it without losing her heart?


PLUS! In a few days I'll be posting the first chapter from the new book starring Kate's brother, Jack: UNDERCOVER LOVERS! Oooooh, exciting, isn't it?

And this isn't even the biggest news of the week from me. Stay tuned for more....
Posted by Jason Krumbine at 1:58 PM No comments:


So, Lulu is running this short story contest. They want stories 600 words or less. I had a few of those lying around, so I entered it.

Here are the links to the stories. Everything's free and in ePub format.

This Entire Experience Has Left Me Feeling Rather Dyspeptic

The Other Man Upstairs

Posted by Jason Krumbine at 11:47 AM No comments:

Here's are two excerpts from the next Grym Brothers book, DEAD CITY. And by excerpts, I mean snippet, really. Raw. Unedited. And probably out of order. Heck, for all I know they may end up on the cutting room floor, too. Anyway, here they are:

Rhodes struggles for a moment, trying to maintain some semblance of normalcy. It's not working. "I've never had the pleasure of meeting a grim reaper."

"Not even when my wife passed away six years ago," Rhodes finishes.

"It was, like, six years ago and we just met the guy today," Mort says. "Why are we sorry?"

Where Jackson usually has a mess of files on his desk there’s a large calendar instead. All the paperwork’s been moved off to a pile on the floor.

Mort points to the pile next to his desk. “Because it makes you look like an even bigger slob.”

Thane points to his brother. “What he said.”

Jackson shakes his head. “You two are a piece of work.” He wipes his hands across the large calendar, smoothing it out. “My Captain has been reading Efficiency books.”

“I don’t know what either of those words mean,” Mort says.

Posted by Jason Krumbine at 11:35 PM No comments:

Two years ago my father died. It was sudden. There was no warning, no preamble. We never found out the exact cause of death. Quite simply, one minute my father was living and then the next, he was not.

The last time I spoke to him was that previous Sunday. I was trying to get his advice on how to fix a plumbing problem my wife and I had. He called back between performances at the local theater where he was handling the lighting. It was a conversation no different than other conversation's I’ve had with my father. There was nothing special about it, but then, neither of us knew that it was going to be the last time we spoke. Although, I wonder, would it have been any different had we known? My father and I were on good terms. There were no unresolved issues between us. We enjoyed each other’s company, we respected each other’s opinion. We had a good relationship. Honestly, though, my father and I had never had a difficult relationship. Oh sure, when I was a teenager, there was the typical crap that goes on between a parent and a child. But I grew up. I learned how to deal with my father and my father learned how to deal with me.

The last time I saw my father was a few weeks prior to his death. We had gone out to dinner with my wife’s sister, husband and children. My mother and father were there as well. I don’t know what was going on at the rest of the table because I was sitting at the corner with my Dad, as these things usually went. And, I’ll be honest, the majority of our conversation consisted of my Dad giving me a hard time about my creative ventures. My Dad was nitpicking at everything I had ever done, even to the extent of suggesting that all of my novels needed to be rewritten. But it was never an argument. It was a discussion. It was a discussion that annoyed me, true, but it was still a discussion that I got to have with my father.

The Reapers in Heels series is about two sisters who work as grim reapers, hunting down renegade dead souls. It’s series about characters looking for love, trying to make sense of life and doing the dirty work. But there's another part to it. There's a part to a grim reapers job that’s just not about hunting down the renegades, but helping bring closure to the living. Sometimes a dead soul has gone renegade simply because it hasn’t said all it needed to say.

I can’t imagine that there was anything else my Dad needed say. Honestly, I don’t even think there was anything else that I needed to say to my Dad. But there are people out there who aren’t as fortunate to have had a relationship like my father’s and mine. And, for those people, maybe, just maybe, they’ll be lucky enough to get help from the two reapers in heels who are ready to go a little above and beyond their job.