To Love is to Die - The Last Reapers in Heels Book

I think a lot about endings. The tv shows we watch, the movies we see, the books we read. With each one I always find myself wondering how it's going to end, or, even more appropriately these days, if it's going to end.

Comic books go on ad nauseam. For decades Superman has been fighting Lex Luther, over the same issues, too. Sure, it's a "never ending battle" but really? Some times there are tweaks, minor differences: for the longest time Clark and Lois were married. Now it's Superman and Wonder Woman who are romantically linked.


TV shows aren't much better. Sometimes you get a Lost or a Battlestar Galactica. And there's a little trickery there, trying to make you believe they had a plan along, that the show always had a ending. But more often than not, you get the X-Files, or The Big Bang Theory, where the premise is just run into the ground. And you're sitting there, watching the actors grow old and age right past the ages they're supposed to be playing. And you wonder why isn't this show canceled? Why aren't we trying something new? Why aren't we looking for the next big thing, rather than grinding the current big thing down until there's nothing left?

And movies? We just reboot. How many more times are we going to see Superman’s origin? How many different versions of James Bond are there going to be?
In today's market, I wonder if it isn't so much stories we're being sold, as it is commodities.

And books aren't exempt from this. Clive Cussler’s Dirk Pitt series? It got so bad that I knew exactly what to expect before I even cracked open the book.

I think a lot about endings.

Of course, then there's the question of what we want vs. what we need. There are some characters who are so well defined and developed that we want to spend as much time with them as we can. We don't care if their story never ends, because they've become our friends and who wants their friends to leave? But unless our friends leave, how will we ever have the opportunity to make new friends? Most of us are creatures of habit. Many of us need to be given a kick, a push, to try something new. But if we've got something that's already scratching a particular itch, why try anything new? I have Superman, what do I need another messianic-style superhero for? I have Star Trek, what do I need Star Wars, or Battlestar Galactica or Farscape for? I have Steven King, what do I need Joe Hill for?
I think it’s important for us to embrace endings in our stories. Nothing should go on forever. And can you really appreciate something until it’s over? In endings we have the opportunity to make a clean break and try something new.

Right now it’s definitely time to call it a day for Reapers in Heels. This is the first series I’ve brought to a close. It was born out of an experiment to do something a little more mainstream. I don’t think it quite worked as well as I hoped it would have. But in the end, I think it worked out perfectly for me.

I think that in order for me to be able to try new things, experiment some more, I had to bring Reapers to a proper ending. After Death, Debutantes, and Diamonds, I had no intention of writing anymore Reapers in Heels. But that book wasn’t really an ending. Sure, it ended, but it didn’t really close out the story of Avery and Brooke.

So here we have it, The End of Reapers in Heels. Is it any good? I sure hope so. I mean, I think it is. Right now, at least. I’m writing this blog post only a few hours after finishing the book. In the next day or so I’ll start editing it and I’ll think it’s the biggest pile of crap ever. But then I’ll get to the end and I’ll realize that it wasn’t so bad after all. Happens every time. With every single book. Just ask my wife, she’ll tell you.

But the real question is whether you, dear readers, like it? I really hope you do. I put a lot of work into these stories and I hope you guys enjoy reading them as much as I enjoy writing them.

Now that I’ve closed the book on Avery and Brooke, I’m going to try a few new things in the coming months. I’ve got a couple of ideas, stuff that’ll hopefully appeal to you guys and new readers. At least one series, a proper full length book, and maybe series of books that aren’t really connected. And, hey, if nothing else, I’ve got Alex Cheradon Volume 4 coming.

Thanks for reading, guys. Without any further ado, I give you the final Reapers in Heels book: 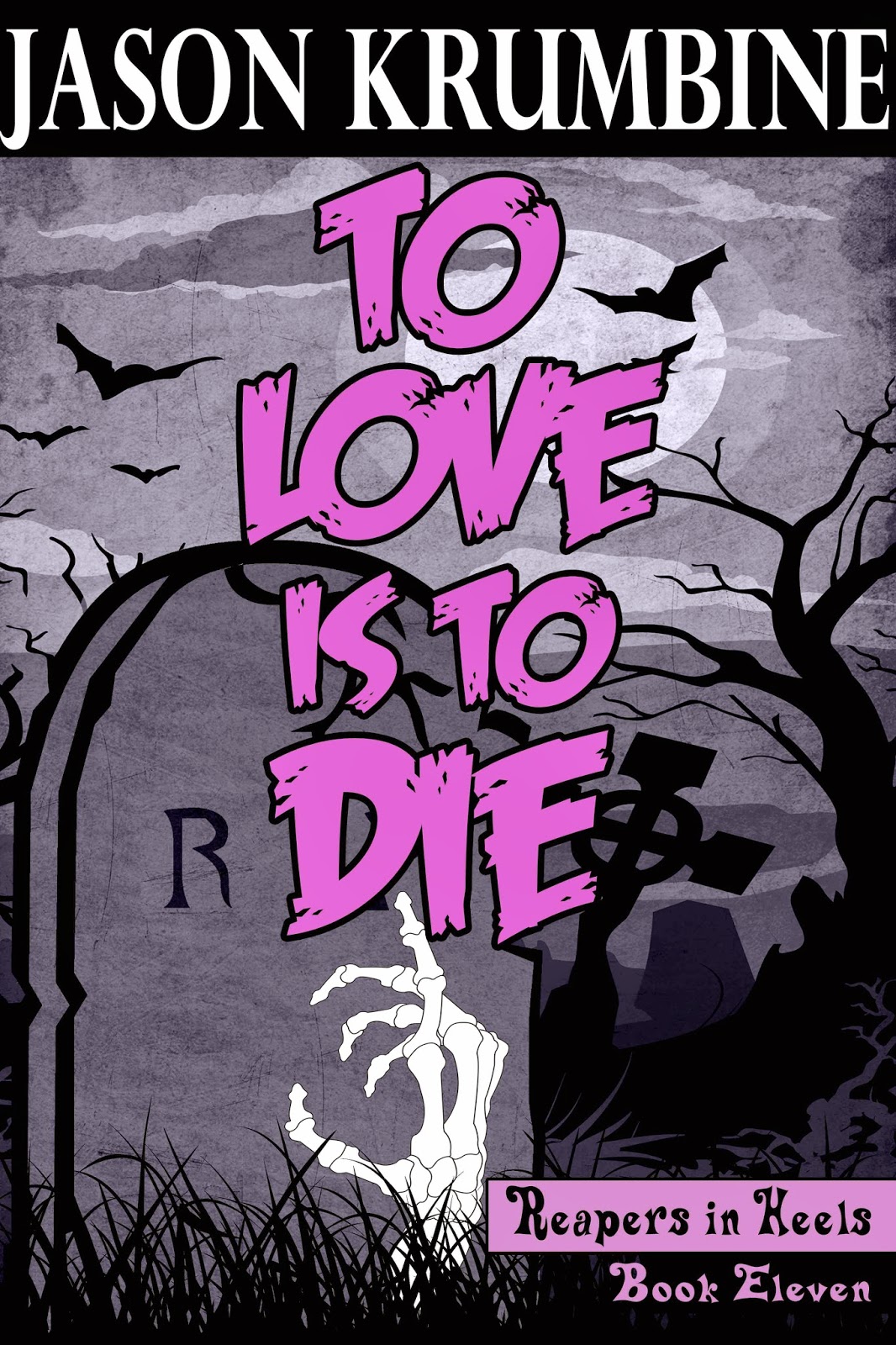 Posted by Jason Krumbine at 6:49 PM